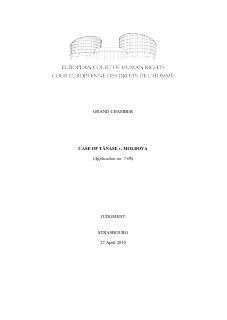 Description
The applicant alleges that the prohibition on Moldovan nationals from holding other nationalities sitting as members of parliament following their election to the seat violates the assurance of the freedom of expression. The court determined that the statutory scheme violated Article 3 of Protocol No. 1.